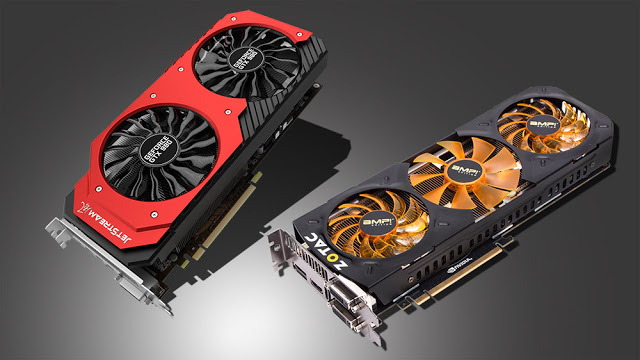 A few years back it’s not surprising that Nvidia had dominated AMD. Nvidia GTX series is known all over the world due to its durability and fantastic cool temperatures.

But from the past 2 years, AMD has significantly evolved from its old architecture and with the new Polaris series (which was launched in back 2016) it has build trust among its consumers.

The real battle starts when someone compares AMD’s 400 and 500 series graphics cards with Nvidia’s 1000 Pascal series such as RX 580 vs GTX 1060. In order to clarify all doubts which users have about these 2 series, we have picked up two mainstream graphics cards. RX 580 from red team and GTX 1060 from the green team.

All benchmarks credit goes to Techspot.

TechSpot had tested many games and software to find out who is the best. We have picked out most 10 games which are very optimized and will provide excellent results.

Our first game is the Witcher 3 Wild Hunt which is considered to be a most optimized title. 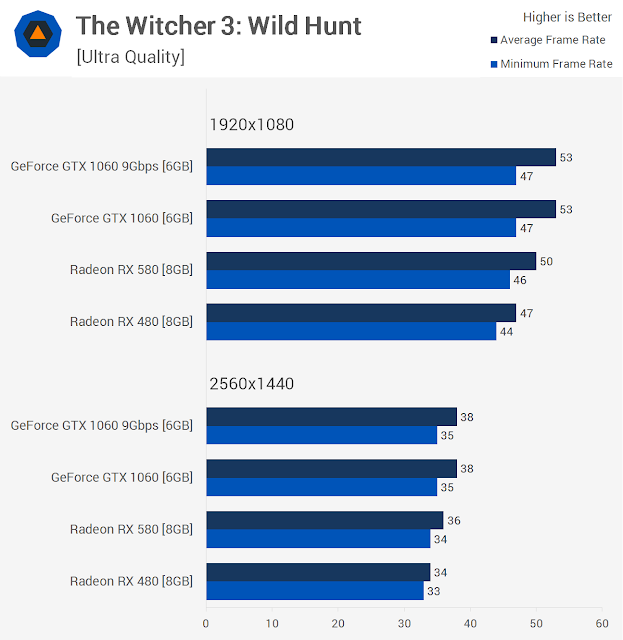 From the above benchmarks, its clear GTX 1060 is the winner but when the difference is minor if compare to RX 580, while the RX 480 is behind by far especially in 1080p. 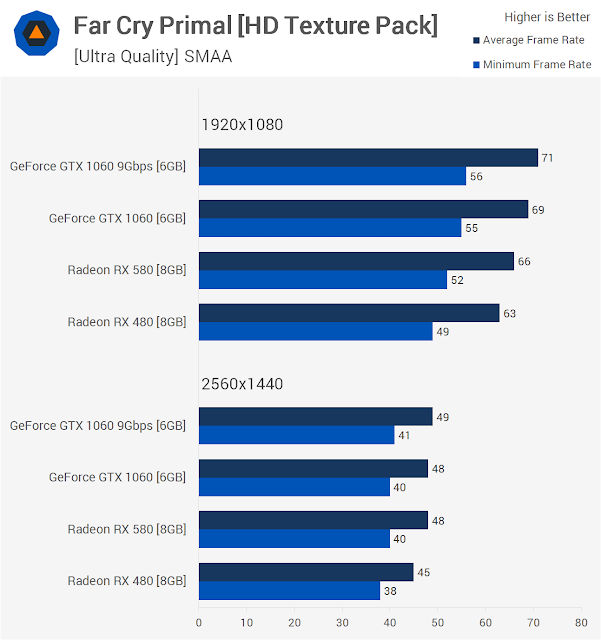 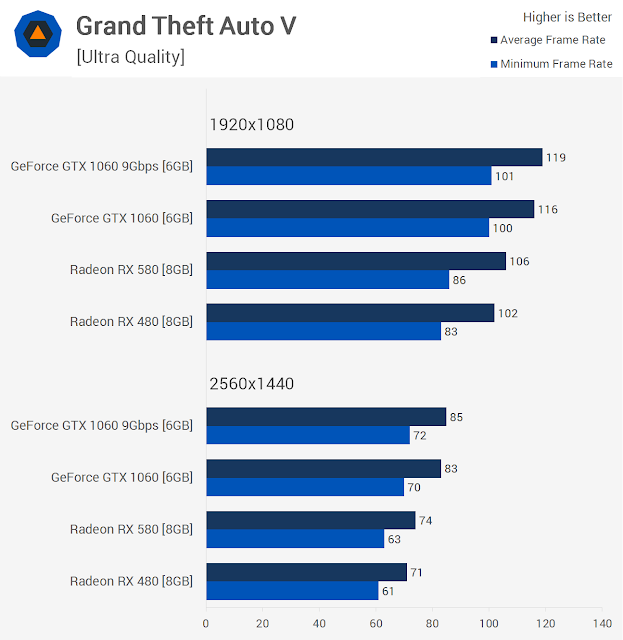 This is the one you all may be waiting for. This one is a clear win for GTX 1060. However, we can still see the gap come closer when we stretched the resolution to 1440p. 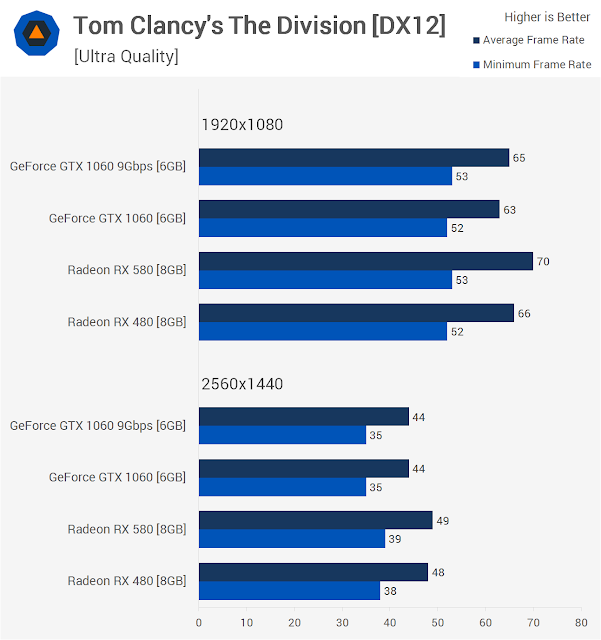 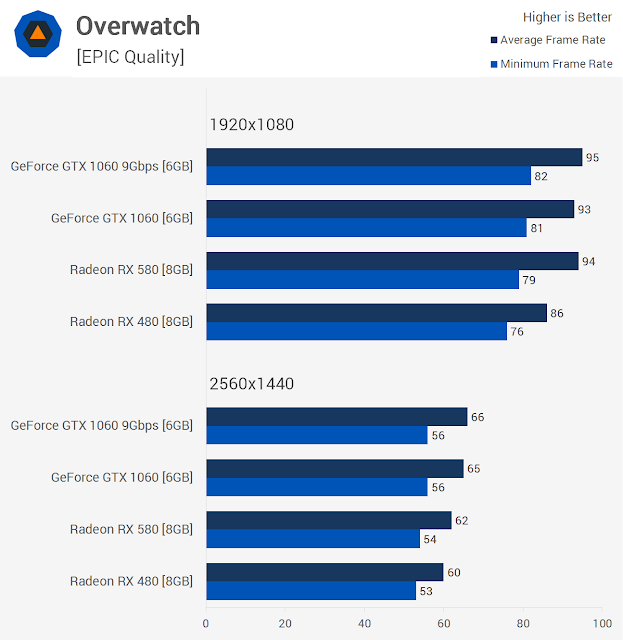 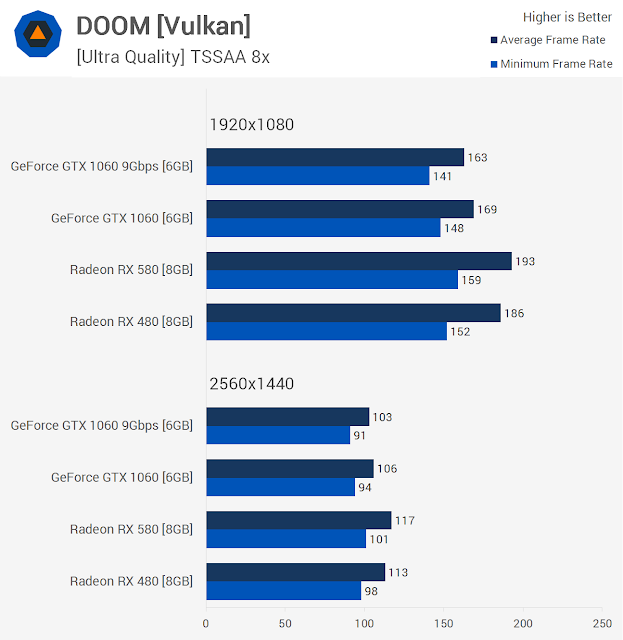 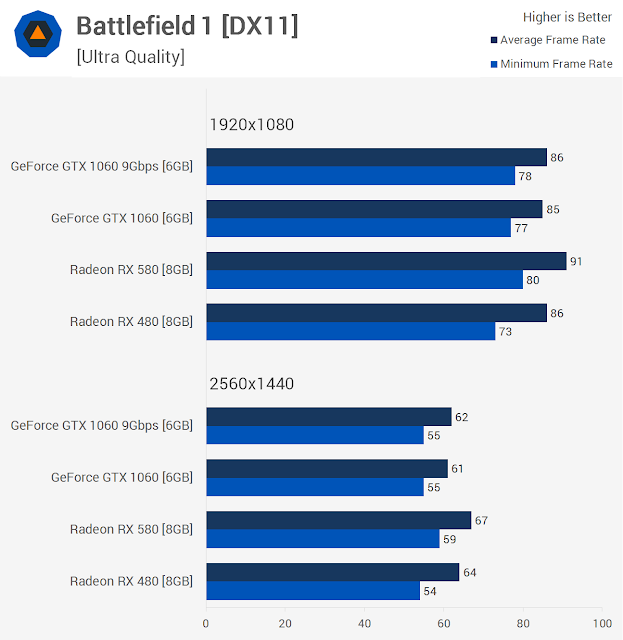 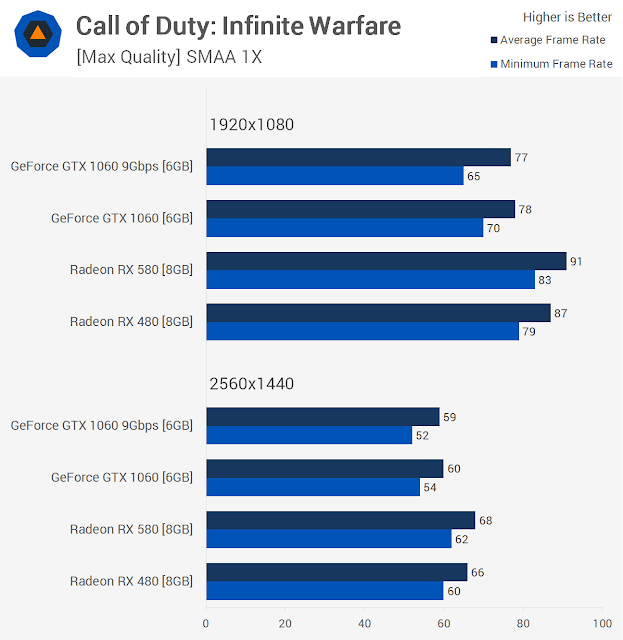 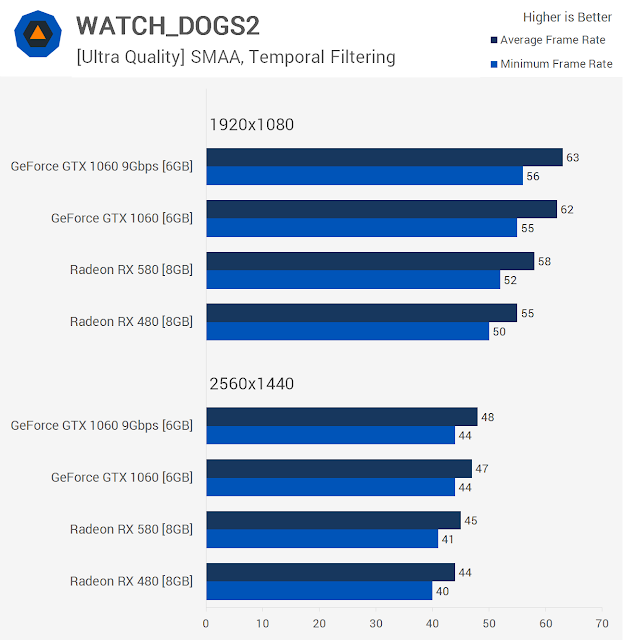 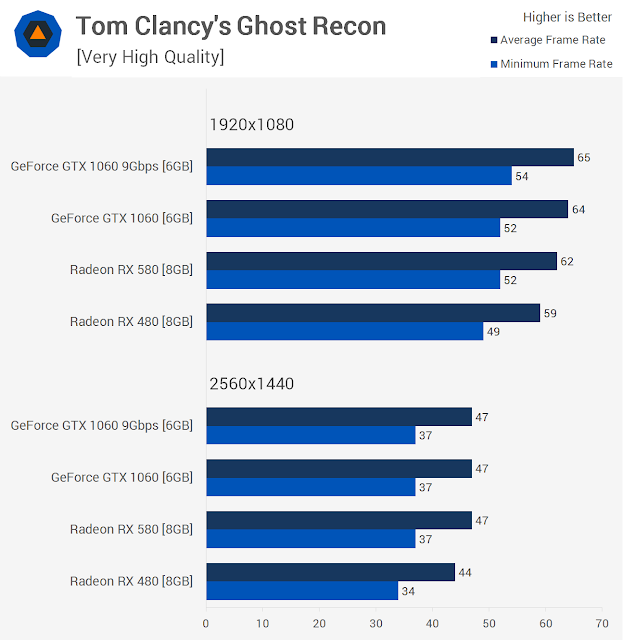 So far for all the benchmarks, we have looked one thing is clear that in almost some cases RX 480 is little ahead of that 1060 in some games. While the RX 580 is faster and almost equal in most of the games with GTX 1060. One thing to notice here is that GTX 1060 Is overall good for 1080p gaming while the RX 580 is almost faster in every game in 1440p. So for the future proof and higher resolution 580 will be a better choice over 1060.

We will also cover power consumption and price per performance topic in the upcoming days for both GPUs.