Made In Abyss Season 2 – Release Date And Update

Made in Abyss (also known in Japanese as Meido in Abisu) is a dark fantasy anime television series based on a manga series of the same name. The manga series was first released on Oct 20, 2012, and was written and illustrated by Akihito Tsukushi.

Fans loved season 1 of the show and it received a huge and great response. Now the fans are desperately waiting for the Made In Abyss Season 2.

Several years later, after it was released, an anime studio called Kinema Citrus picked up the manga series and adapted it to an anime TV series. The first season of anime was premiered on 7 July 2017 and was named Made in Abyss.

It was an immediate hit with manga series fans and new audiences alike, and fans have been waiting for a second season to hear the news since then.


Made In Abyss Season 2 Really Confirmed or Not?

The new sequel named Dawn of the Deep Soul released in January 2020 may have confirmed the Made in Abyss Season 2 anime TV series. We know for certain that the development of a sequel to the anime was officially green-lighted.
The most important hint that the anime will get the season 2 is because the end credits of the latest movie Dawn of the Deep Soul said “TO BE CONTINUED”, Which means there is a more story after the movie which might be continued by the Season 2.

In January 2020 an announcement trailer was updated to the official website for the anime series. The video states that there will definitely be another sequel to the anime series franchise.

Must Read: Log Horizon Season 3 Could Be Coming Soon!

That said, season 2 is not going to happen anytime soon as the creators have decided to give a film sequel to Season 1 and strive for a big screen.

The Past of Made In Abyss:
The story follows an orphaned girl named Riko who aspires to be like her mother a “Delver.” Delvers are explorers exploring the titular abyss a vast network of pits and caves unraveling the mysteries within.

The series is set in a fictional land and revolves around a young orphaned girl named after Riko, who lives in the Belchero Orphanage, located in Orth’s fictional city. The area, by the way, is situated on the edge of a mysterious and vast hole in the ground called the Abyss, which runs deep beneath the ground. 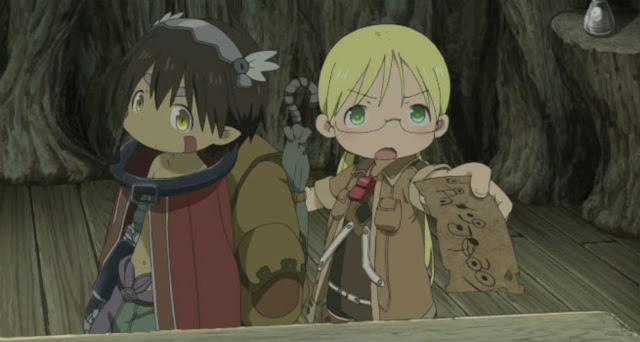 Under the ground resides the remains of a civilization thought to have gone far and thus the target of ‘ Cave Raiders, ‘ who are explorers and who go deep inside the Abyss to retrieve the ancient civilization’s artifacts and precious treasures.

Good Read: Is The Devil is a Part Timer Season 2 Really Happening?

The path to the Abyss and back, however, is not an easy one, Most people entering the Abyss are contracting a mysterious illness that has the potential to kill, and the symptoms of the illness get stronger the deeper one goes in.

Identified as the “Abyss Curse”, the disease has claimed many lives over the years. Despite the risks, cave raiders in pursuit of riches often venture into the Abyss, and those who are exceptionally good receive the legendary White Whistle nickname.

The mother of Riko, Lyza, was one of those White Whistles but was missing when Riko was a kid. Riko, having grown up in an orphanage without her mother, longs to be like her and embarks on glorious and risky Abyss adventures.

The darkness houses untold riches and amazing creatures, but the journey isn’t a simple one of course. Together, in search of answers, Riko and her friend, a robot boy named Reg, descend to the cave system.

Made In Abyss Season 2 Plot:
The eight volumes of the manga series consist of a total of 51 chapters. The first season of the anime adaptation covered the plot of 26 of them.

Hence, the makers now have around 25 more chapters to make another installment. However, the sequel film, Dawn Of The Deep Soul is set to continue the story of Season 1 until the 38th chapter.

That is why the film leaves hardly any material to cover for Season 2. The anime series may not try to continue the story from where it left the first season because it’s already shown in the movie. It severely threatens the future of all the forthcoming installment of the anime because the projects will be delayed by lack of content. 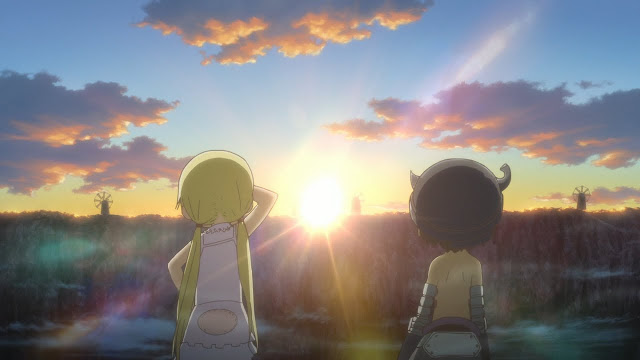 Made In Abyss Season 2 Release Date:

The second anime season is still in production as of now, which may take time and the makers may not start working on the installment early at any time.

In reality, it seems highly improbable to have a premiere in 2020. Fans may have to wait for any episodes of Made In Abyss Season 2 at least until 2021.

Because the movie Dawn of The Deep Soul is recently released which continues the story of season 1, The studio will take some time to come up with the story for season 2. 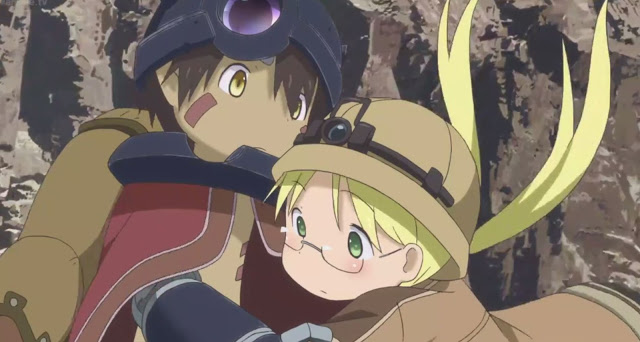 Made In Abyss English Dub:

The good news for those who like watching anime shows in English is that Made in Abyss has a pretty great English dub that was made in view of an international audience. You can find dubbed episodes on Amazon Prime Video if you wish to watch the series in English.

Check This Out: Code Geass Season 3 Might Announce Soon!